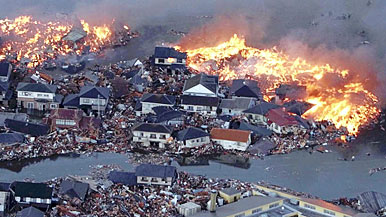 For the people in Japan, today started out just like any other day.  Little did they know that something was about to rock their world and change many of their lives forever.  First the earthquake.  Then the tsunami.  An oil refinery explosion.  Huge boats torn from their moorings and thrown on their sides.  Fishing boats, cars and people washed away by a 32-foot debris-filled wall of water.  (Click here for the story.)

Though half a world away, we in America wake up to hear this tragic news coming at us through every form of media.  Compassion for the people fills our hearts along with questions of “God, why?”  Rather than get lost in arguments over “why” and theodicy (the problem of evil), let’s pray for Japan and the people living in all the surrounding islands with the threat of tsunamis as well.  The potential tsunami heading for those places is reportedly higher than the highest point on a few of the islands.  I may never be able to answer adequately the “why” question, but I can pray.

In fact, I will join my prayers to those of Japanese believers who are already calling on him this day.  Believers in Japan, God hears your cries for help!

Lord, I ask that you would minister to the people of Japan today, and to all of those who have been affected so dramatically by this earthquake, its aftershocks and the ensuing tsunamis.  Be the God of comfort to them.  Even in the midst of this great devastation, reveal yourself.  Move by your Holy Spirit to bring comfort and to draw people to you.  Lord, embolden and empower your followers in that nation to go out, lay hands on the injured and sick and see them recover.  May your power to heal and bring life be shown in stark contrast to the devastation that surrounds. Lord, I even pray that some believers would go out and boldly, by your Spirit, call life back into dead bodies.

May your name be glorified in the midst of this disaster.  And may people encounter you, the God who created them.  Redeem this tragedy.  Bring good from it.  Visit this nation with a move of God where people come to know you.

May this earthquake result in a re-establishing of the nation’s foundation where it becomes based upon the principles of your Word and your Lordship.  May this earthquake reflect a shaking in the heavens where the spiritual strongholds which have for so long held this country in bondage lose their power and grasp.  Let your kingdom come in Japan.  Let your will be done there, there in Japan as it is in heaven.  Make your Name known! 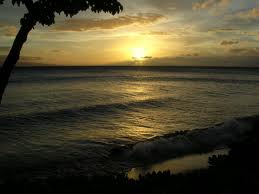 One response to “Believers of Japan–God Hears Your Cries for Help!”